...a community writer named Jon, began a magical journey.  A journey to learn about the fabled  Beanels. Along this path of legend and discovery, he was overwhelmed with wonder, excitement, and a rather concerning level of FOMO...

I know what you're saying.  You didn't come here for an autobiographical fairytale.  It was Beanterra, a new play-to-earn game on Zilliqa, that drew you to follow whatever link brought you to this article.  So, let me drop the Mother Goose act, and get right to the golden egg.

Today, We Are Joined By The Team At Green Beanz

Jon:  Let me just start by saying I am blown away by this game idea.   I just have to know more about the team behind the project.  Could you give me and the readers some background on the Beanterra team members and their roles?

Sok Yih: There are six of us in the team and we’re all based out of Singapore. Chun Hui is our blockchain guru who teaches blockchain, and is also an environmental NGO founder. David is our blockchain full-stack developer. Glen is our “partner guy” who manages the partner ecosystem and business strategy. Horng Bor is our game design and development expert. Shane is our lead artist. And I manage our operations and finance

Glen: The stars aligned and we met at the ZilHive Incubator programme in 2021. We quickly formed a team based around our interests in working on a sustainability focused blockchain project. The original concept grew from a desire to make an impact in the consumer sustainability space, because we recognised that, at least at the moment, there are few real incentives other than that feel-good factor. So Beanterra is our way to engage and reward users around an environmentally themed play-to-earn game.

Jon's Takeaway:  I have to say that the ZilHive is bringing together good teams with good ideas and enabling them to create some amazing projects.  I am excited to see where BeanTerra, in particular, takes us.

Jon:  So, most of us are probably already familiar with Axie Infinity and the massive potential of the play-to-earn economy.  You seem to have taken that model and focused it towards helping our planet attain a more sustainable future.  Can you provide some info on how you plan to accomplish this?

Glen: Green Beanz is an NFT-based play-2-earn game with a difference because players are rewarded for their eco-friendly actions in the real world. Players receive in-game rewards for carrying out sustainable actions through the Green Beanz network of partners which includes organisations from the NGO and renewable energy sector. Beanterra's storyline and gameplay also aims to be educational with the earth's climate challenges being one of the key themes.

Jon:  What else does Beanterra offer, that sets it apart from the likes of Axie and other play to earn games?

Chun Hui: Axie’s gameplay strategy heavily relies on players having to acquire a very strong team, and at a high cost, while we want to strike a balance between asset acquisition (of our Beanels and relics) and improvement through skill and knowledge, more akin to games like Hearthstone and Legends of Runeterra.

Jon's Takeaway:  Real world actions for a better Earth, that reward you in game?  I don't have to trade my last cow to get my hands on these magic Beanels? Similar in ways to Hearthstone?  This may seem like a gamer's fairytale, but it's all a true story!

Jon:  As someone that has logged an embarrassing number of hours on games like XCOM and Final Fantasy Tactics, I would love to hear more about the game mechanics.  Can you take us through what a player can expect a game session to look like?

Horng Bor: Our intention is to design Beanterra to be easy to play and hard to master. We recognize that in order to convey charms of this genre to non-believers, we have to make each game session tighter as compared to XCOM and FF Tactics. The average playtime for each battle is going to be optimized for maximum engagement and tactical plays (such as terrain advantages, element counters, element combined attacks, synergistic play between relics, and more).

In terms of content, you can expect to have single-player campaigns to help tell the story of the world of Beanterra, procedurally generated (repeatable) challenges, and even boss raids.

Jon:  What are the classes, stats, items, enemies, and other mechanics in the game?

Horng Bor: Currently, we have four classes: “Fin”, “Fur”, “Leaf”, and “Wing”. Different classes have different move sets and terrain advantages as you would expect from a tactics game. On top of that, each Beanel has its own elemental affinity and coupling with different traits, there are going to be plenty of unique Beanels and team combinations.

Since all relics have stats requirements, not a single Beanel would be able to equip every relic in the game. Only in the hands of a brilliant breeder and tactician, can the Beanel realize its maximum potential with the optimal class, element, and relic build combination

Jon:  So the items are called Relics.  How would a player obtain these items of legend?

Horng Bor: The team believes in making the game accessible to every player and one aspect is obtaining relics. Relics of various rarities are scattered across game modes including single-player to ensure that Beanels don’t venture out without proper equipment. We are also planning to include a guild shop that sells relics at standard prices for contributing members.

Jon's Takeaway:  Similar to XCOM but less time sunk into each battle is something, that as a parent, makes me very happy.  Sometimes you don't have even a full hour to play!  Seems like the Green Beanz team has thought through ways of making the game accessible to all, while still giving enough depth for more serious gamers.

Jon:  I know a lot of people are drawn to gaming NFT's for their rarity, whether it be for the purpose of resale or just bragging rights when showing off their Beanel to Twitter.  Can you give us some insight into what areas randomness and rarity come into play, when minting a Beanel?

Horng Bor: Since Beanel body parts are drawn and designed after real-life animals, there are some rare instances whereby it is possible for someone to mint a Beanel with matching body parts of a particular signature animal (signature set).

When that happens, the Beanel’s main body would reflect that signature animal as well. If one is lucky enough, he/she might even obtain a legendary albino version of the signature animal set whereby matched body parts are switched to albino colors.

Jon:  Another area that brings in players is the play-to-earn aspect.  You have said there are four main types of player styles that can earn in Beanterra:  Adventurer, Farmer, Alchemist, and Scholar Sponsor.  Can you explain each of these ways to earn and what exactly they are earning?

Sok Yih: Yep – lots of ways to earn our Genesis Particle (or “GP”) tokens! Adventurers can enjoy several gameplay modes and missions to earn GP tokens. Farmers can selectively breed Beanels for use in gameplay, for profit, or for lease to guild members. Alchemists can collect, and craft, relics for use or sale. And scholar sponsors can form guilds by joining with other players and managing teams of Beanterra scholars to play to earn.

There is actually one other way to earn GP tokens and that is through green actions. Environmentally-friendly actions are rewarded with unlocked gameplay and/or GP tokens

Jon's Takeaway: The game will have many ways to play, and subsequently earn. I feel like Beanterra will have a niche for every gamer and NFT enthusiast!  Can't wait to see if I can snag an albino Beanel!  (Shiny Pokemon anyone?)

Jon:  So you have sold me on this game, I am definitely going to play.  I know some people were whitelisted and able to participate in the presale, but for those of us that are just now looking to grab a Beanel, what do we need to do?

Sok Yih: For anyone who didn’t manage to get a presale white list, don’t fret! We’re having a Genesis Beanels public sale that anyone can participate in on January 20th (priced in ZIL at ZIL 1500 each), and January 29th (priced in ETH at ETH 0.05 each). We’ll also have another sale in mid-February, although we haven’t determined which chain yet

Jon:  Is there a limit to how many a player can get, or to the total number available for minting?

Sok Yih: We’re capping it at 5 per address, to hopefully discourage opportunistic people who buy in bulk only to sell it shortly after minting.

Jon's Takeaway:  The public sale has been extended, but only for another 24 hours!  Go here to mint your Beanels!  Don't fret if you miss the deadline, for there is another sale planned for mid February!

Jon:  Will everything that you have covered be available at the game's launch?

Chun Hui: Not all that is covered will be available at game launch. We plan to roll out features progressively as the game and community progress, both in terms of game features, and also on the storyline level. As new episodes unfold, the overall storyline also progresses and the community will slowly uncover more secrets of the history of Beanterra, and write the future together.

Jon:  When can I start playing?

Chun Hui: We are working hard on development, and our initial target is to bring some of the blockchain features first, including marketplace, GP token, on-chain breeding, so that the community can have something to try out.

This will be followed by a sandbox release of the actual gameplay in Q2. The sandbox release will be playable with limited features. I hope this will allow the community to grow together with us and also provide valuable feedback, before a first production release at a later date.

Jon:  Are there any game features you are looking into adding beyond the launch date that you want to tease?

Chun Hui: Firstly, you can look forward to some major storyline reveal at the end of Episode III, which will probably explain a lot about the history. We also haven’t mentioned much about the game features planned for episode IV and beyond, but since the metaverse is such a hot topic, it’ll definitely be something we are in consideration for.

Jon's Takeaway: I am SO excited to take my Beanels on their first epic quest! On January 24th we will get to see what our Beanel's look like!  Go here to read the Litepaper and get more information from the roadmap!

I felt compelled to end this with a "happily ever after" type wrap up, but that wouldn't exactly fit, would it?  What is the end of this article, is actually the beginning of the BeanTerra story, one with many future chapters left to write.  I don't know about you reader, but I certainly cannot wait to see where this story takes the Beanels, and the Zilliqa community as well.  I would highly suggest climbing the bean stalk with me, to see what treasure lies at the top! 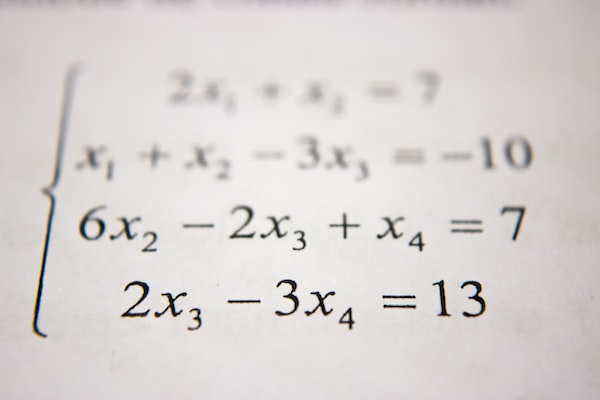 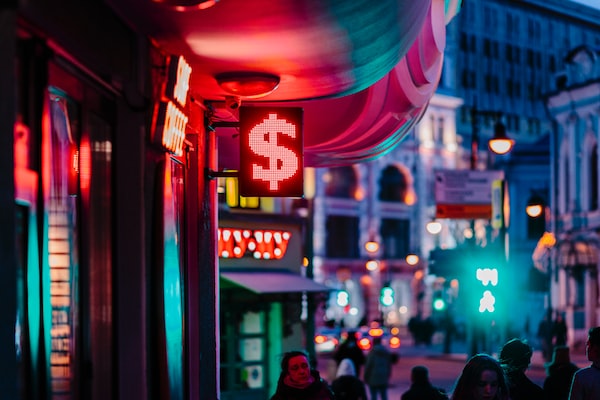